What is a Virtual Machine?

A Virtual Machine could come in the form of virtual desktop infrastructure or application runtime to a fully functional server or backup software system.

Virtualized applications, servers, and other machines can be extremely helpful and provide scalable, versatile functionality for users. You can use virtual machines to try out a new operating system or create a virtual disk image of your hard drive. Or you could go even further and create an entire database server in the cloud.

Luckily, many virtualization technologies are free or open-source. That will allow you and your company to save money when backing up your data or implementing process virtual machines such as applications or operating systems.

Parallels Desktop 14 is the best Apple Mac virtuality Integration with macOS, it is affordable, much better than Boot Camp Mac host. Boot Camp is Apple’s free tool for running a Virtual session under macOS, but those that need to do this on a regular basis use Parallels, now owned by software behemoth Corel. It enables them to seamlessly run Windows alongside their native OS, for those awkward moments when they need software that only works on that platform. A few of the elegant things that Parallels can do is make Windows alerts appear in the Mac notification center, and operate a unified clipboard.

Most Mac users think of Parallels as a tool exclusively for using Windows, but it can be used to host a wide range of Linux distros, Chrome OS, and even other (and older) versions of Mac OS.

vSphere Hypervisor is a  free bare-metal hypervisor that is used for server virtualization. It allows you to consolidate your applications while saving time and money managing your IT infrastructure. It is a free product for VM creation and management that is associated with their proprietary tool VMware ESXi. Free vSphere Hypervisor is built on the world’s smallest and most robust architecture: VMware vSphere ESXi, which sets the industry standard for reliability, performance, and support. 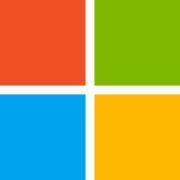 Hyper-V, formerly known as Windows Server Virtualization, is a native hypervisor developed by Microsoft. Hyper-V was first released alongside Windows Server 2008 and has been available without additional charge since Windows Server 2012 and Windows 8. A standalone Windows Hyper-V Server is free, but with the command line interface only. It can create virtual machines on x86-64 systems running Windows. Starting with Windows 8, Hyper-V superseded Windows Virtual PC as the hardware virtualization component of the client editions of Windows NT. Updates have added features for multi-tenancy, cloud backup, virtual machine generation, nested virtualization, and shielded VMs using remote servers.

Still, Hyper-V is the second-highest-rated product in our server virtualization category and has the third-highest user satisfaction rating.

Oracle VM a free and open-source version of the Xen hypervisor for use on Windows, Linux, and Solaris operating systems. It was originally released in 2012 but has received periodic feature updates to add functionality including modern DOM0 kernel usage, increased virtual CPU configuration, and fiber channel storage.

Intel or AMD processor supported for use in VirtualBox, such as Windows XP, Windows 7, Windows 8, Windows Server 2008, FreeBSD, Debian, etc.